Photo by Duy Pham on Unsplash 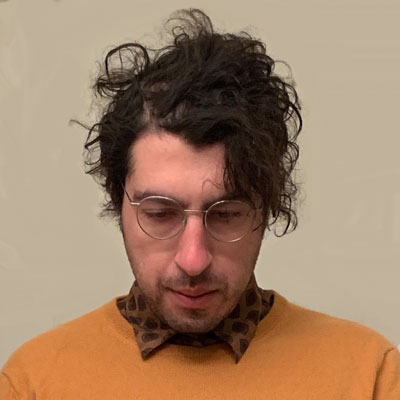 All chore charts, even those from your childhood, exist to solve the Tragedy of the Commons and most fall short for the same reasons. What most chore charts get right is equitably distributing chores; that is, Roger cleans the bathroom, Sally cleans the kitchen, and you clean the floors, etc. The problem is that distributing chores is all that most chore charts do. What happens when Roger doesn’t clean the bathroom? Should Sally still clean the kitchen? Should you still clean the floors? When Roger doesn’t do his chores, Sally and you get taken advantage of should you continue to do your chores.

This is the biggest snag in the standard chore chart design. Assigning someone a chore doesn’t mean they’ll do it, especially when the chore is as dreary as cleaning the bathroom. People mostly do dreary things when they anticipate a reward for doing them or a punishment for not doing them. For that reason, chore charts that don’t reward or punish will tend toward not working. But a chore chart that rewards or punishes has new problems: when and how to reward or punish.

The Tragedy of the Commons has been solved many times and across distant cultures: shared Turkish fisheries, Swiss and Nepali forests, British grazing meadows, Spanish irrigation systems, and the Los Angeles water basin to name a few. The most significant research on the Tragedy of the Commons was done by Elinor Ostrom, the first woman to win the Nobel Prize in Economics. From field research conducted on commons all over the world, Ostrom extracts the properties of well functioning commons (and therefore well functioning households) 1:

Read on for the nitty gritty of The Best Chore Chart in the World. If you’d like to try a chore chart of this sort, try choremate.co.

Ostrom’s properties are remarkably universal. Property 4 addresses how to detect if Roger does his chores. The easiest way to determine if Roger has cleaned the bathroom is for him to report when he cleans the bathroom. This report can then be contested by Sally or you if need be.

If Roger doesn’t do his chores, Property 5 tells us punishments should be introduced. To maximize fairness, punishments start out gently and graduate only when the commitment remains unmet. Each graduation is a reminder to Roger that his chores aren’t done and as a warning of the next graduation he’ll receive. This gives Roger time to change his behavior and accommodates any forgivable circumstances. While great care should be taken to be fair, it’s important that punishments do occur and are eventually severe enough to change Roger’s behavior. Sally and you will usually only do your chores if you know Roger will do his.

The most straightforward form of punishment is financial. Upon Roger not cleaning the bathroom, he is warned that he’ll be fined $1 should the bathroom still be unclean two days later. After receiving the $1 fine, Roger has another two days to clean the bathroom before being charged $2, then another two days before being charged $5, and so on. It’s unlikely Roger lets these penalties escalate too far, and because they are small and gradual even Roger should agree they’re justified. When punishments operate this way, they make a chore chart’s commitments credible. Ostrom’s other properties are about chore rules and managing conflict.

Roger, Sally, and you must be assigned chores fairly per Property 2. Chores can be assigned by rotation, specialization, or volunteering, and each chore given frequency, scope, sanctions, and exceptions (see choremate.co/demo for examples of these rules). The process for choosing these chore rules should itself be fair (Property 3), akin to everyone verbally agreeing on the chore rules. When conflicts emerge from these rules, e.g. Roger receives an undeserved sanction, resolution is probably best done by popular vote (Property 6).

In the end though, the remaining property, Property 1, is the most important. Choosing people to share your home with should be done very carefully. At a minimum the people you add to your household should be trustworthy, respectful, and cooperative. Hopefully they’re also friendly, tidy, and positive. Even if you solve the Tragedy of the Commons, it doesn’t solve all the novel problems of shared living. If the Tragedy of the Commons does bare its head for you, consider using The Best Chore Chart in the World.

Thanks to Ashley Cook, Jason Wang, Damian Rooney, and Ben Bazor for reading drafts of this.